Unfortunately I had to go to work so I missed the event.

I had seen the field in Rhodes Minnis filled with cars and caravans on Track meets in the past. However this year I decided to go in and see what it was like.

There were  21 races in the Solo classes. The solo races are run anticlockwise for 3 laps of the track.

The average speeds were about 55 to 60 mph which may not seem very fast but as most of the time they are actually going sideways it is pretty impressive to watch.

The sidecars go round the other way. 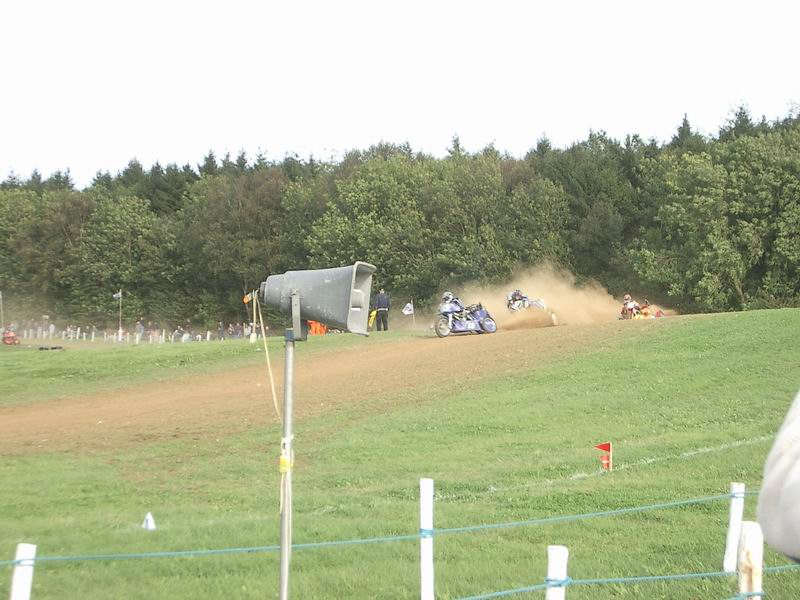 As an inexperienced newcomer it appeared to me that the first corner was where the race was won or lost. If you were not in the lead you could not see where to go.

The Rhodes Minnis grass track was used regularly from 1961 until 1970. There was then a break until 2002. Though I thought that there had been some meetings held there in the years between?